About your tutor - Sandie Dallow 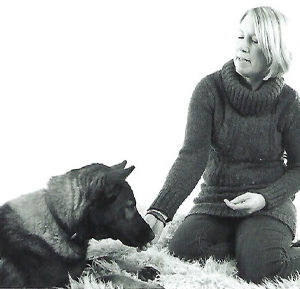 Puppy school is all about educating dogs and their owners and the result is a happy socialised family pet that the whole family can enjoy.

Sandie runs classes alongside her husband Bill who has been a Puppy School tutor since 2015.

Sandie and Bill spend a lot of time walking with the dogs and when we go on holiday generally our dogs come too. Bumble and Libertie have also been abroad.

Both Sandie and Bill have also completed the Puppy University Tutors course and run classes for older dogs too. Both are Pet First Aid trained and continue to learn new skills to pass onto their pet owners.

Puppy School tutors come from a wide variety of backgrounds. Many have thriving careers in rescue shelters and some work as veterinary nurses, dog walkers, dog groomers, dog training professionals or behaviourists. What they all have in common is a passion for training puppies and a keen interest in animal welfare and behaviour.

Our Puppy School tutors and associate tutors must undergo extensive training before teaching Puppy School classes. This includes an application and interview process, six days of comprehensive theory covering a range of topics from animal learning to lesson plans (taught by founder and director, Gwen Bailey, APBC registered behaviourist), as well as three days of supervised practical work and a comprehensive correspondence course.

Tutors are carefully overseen by Regional Managers to make sure they are using all the skills necessary to become excellent, positive, reward-based puppy trainers. Puppy School Tutors uphold a Code of Conduct at all times and must complete a sufficient amount of Continued Professional Development each year.

Puppy School is delighted to have been recognised as a Practitioner Organisation for the Animal Behaviour and Training Council (ABTC). The ABTC is the regulatory body that represents animal trainers and animal behaviour therapists to both the public and to legislative bodies. It is the only animal welfare charity that is primarily concerned with protecting the psychological welfare of animals undergoing training and behaviour activities.